Pardon me while I majorly geek out for a second.

But, holy crap, am I excited.

It seemed like a foregone conclusion that eventually we’d get word of what the hell J.D. Salinger had been writing and putting in a safe all those years. I mean, of course there were going to be posthumous books. That’s books, plural, friends. We all knew it. It was just a matter of when. Numerous sources, including Salinger himself, attested to the fact that he’d been writing on a daily basis since the 60’s but had just lost interest in publishing and was now writing only for himself. Kind of a reverse Emily Dickinson. And since he seemed not to have been using his writing as kindling, the fair conclusion is that he wanted his writing not only found, but published, as he must have known it would be. But since Salinger died in January, 2010, it’s been awfully quiet about the matter and I was starting to get a little worried.

Word is that several new Salinger books could be coming, starting in 2015 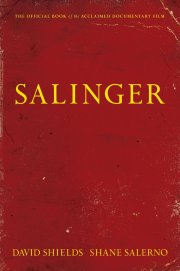 David Shields and Shane Salerno, authors of the forthcoming Salinger biography called, creatively, Salinger, make the claim. They say that one of the books could feature Holden Caulfield and another further stories about the Glass family, which Salinger often wrote about. Another could probe deeper into Salinger’s experiences in World War II, also a common topic in his published writing.

This is the part where I start foaming at the mouth and screaming “YES!” loud enough to scare the neighbors.

Sure, in an ideal world, it would be awfully cool to see some work that ventured into new terrain or introduced different characters.  Find out what Salinger thought of the world as it changed around him. But we’ve been waiting a long ass time for this moment, and I, for one, will take whatever I can get.

This entry was posted in Things You Should Be Reading and tagged Holden Caulfield, J.D. Salinger, Salinger new books, Seymour Glass, The Catcher in the Rye, World War II. Bookmark the permalink.